What Happened to Christmas?

I've been in such a fog lately...that I missed Christmas. Let's back up to preparations for the BEST CHRISTMAS EVER:
In October and November, I started my shopping and wrapping. I wanted to get it all done and in Oklahoma by Thanksgiving...great goal. Then my boys "wanted nothing" or "wanted the moon"...too little or too much. They have always been this way. So I bought for Krista, Chuck, the twins, made something for Laurie, Lisa..was well on my way to being finished. When I got back to Chicago (after a week in Denver with Patty), all I needed to do was finish a few details, buy for Pat & Mike, and enjoy the holidays.
Well, life had other ideas. I was able to finish my shopping (yes, boys, you are getting gifts whether you want them or not) but not quite my wrapping...when a phone call from the north changed everything. It was Tami, who was in the hospital. She was landed there by an etopic pregnancy that ruptured and caused internal bleeding. So I was on a plane and bound for Seattle. Surgery on Monday, Dec 21st removed her right tube and over 20 oz of blood...she was a weak, pale little girl. And on top of that...her mother-in-law flew in that night to spend the holidays with them. Angela had a stroke about 5 years ago and has a little difficulty with some things yet. So the Grandmas took over Ethan duties...but David helped a lot too. I worked hard to make sure Tami's Christmas was as normal as could be..cooking, cleaning, even going to pick up last minute stocking stuffers. Living on a Naval Base, there were neighbors who were also without extended families for the holiday. So we hosted a couple of their friends and had a few over for Christmas Eve festivities. Kristin and Kevin spent the night and helped open gifts. We had a traditional Christmas dinner..ham, potatoes & gravy, sweet potato casserole, corn, carrots, green beans, pecan pie and a chocolate ice cream pie! It was a fun and exhausting day.
It was wonderful day..the joy on Ethan's face as he opened his huge stack of presents; the joy on Angela's face as she spent her first Christmas with her oldest grandson..such love; Kevin & Kristin missing their families (Kristin's first Christmas away from home), but starting their new life together; David like a kid when he got the video game he wanted; and Tami still pale and a little under the weather, but happy that she was able to bring the family such a great day.
And me...I had some sad moments..it was my first Christmas without Steve in 32 years...I missed my twins and my other family...I mourned the death of a grandchild...but celebrated the birth of the Christ child. And my daughter was safe and healing. Her life was my big gift this year.
So, I guess I didn't miss Christmas after all....it probably was the best Christmas
at January 07, 2010 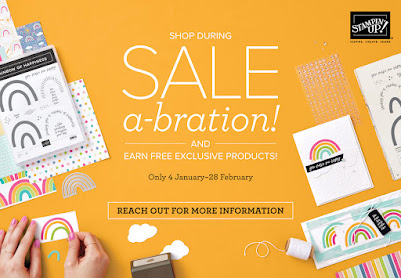