Not a normal life...

There is not a normal thing about my life right now! And I am ready to get control of it,

Let me go back just a little bit. I have a grandson who has depression issues. The last 3 weeks, I think the staying at home just became too much. That and being 16 on the Autism Spectrum. He had a spiral and was contemplating suicide. So he went to a facility for a week.  It has been so heart wrenching. He got a good blast of therapy in there, but then home and nothing. Again, life became too much and Sunday he walked away from the house about midnight. I received a call from my daughter, his Aunt, about 5 a.m. that he was missing. And the hunt began, for me. His parents and friends were up all night searching frantically. A police report was called in, my friend a county deputy called in late to join the search and all to no avail About 8 we received a call that a county sheriff had found him. He had walked over 15 miles total and rode out a thunderstorm under an awning of a nearby town's school. Oh, Dreamers, hold your babies tight. Love them while you can. It was more than I could imagine.

And now, because there isn't enough on my plate,

I am "distance learning" my 2 young grandchildren!  We keep them every day and they are such good kids.  But at 63, I am ready to retire from "motherhood"! So we have their mom's Chromebook and my new computer. I have been careful to not let kids use it. You know they go to sights that are not secure and next thing you know some worm is trolling around inside it! But it is not going as bad as I had imagined! This too will pass.

So, that is my excuse for not posting on Monday and totally ignoring you all. I have to make a card today, because it is my 43rd Anniversary. I need a card for the sometimes sweetest guy in the world. But that will be after I take the kids to riding lessons, stop and buy life jackets for our new boat (that happened this weekend!), finish giving Evelyn comprehensive tests to her, fix lunch, do laundry..... 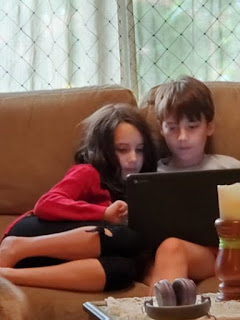 I snapped this yesterday of brother reading to her. And it reminded me of the sweet moments, in the middle of chaos, that God sends. Little God Winks that tell me...it is going to be okay. I will help you in the times you need Me.
I am Dreamin' of peace for Logan....you keep Dreamin' too.
Pammie Kay

A New Retreat in Town

I am so excited to share this information with everyone. I am getting back into hosting retreats!! This time it is with a group of Stampin... 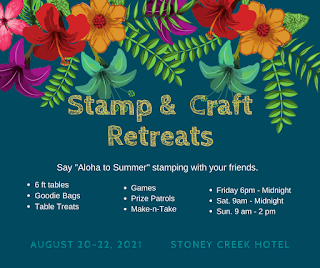